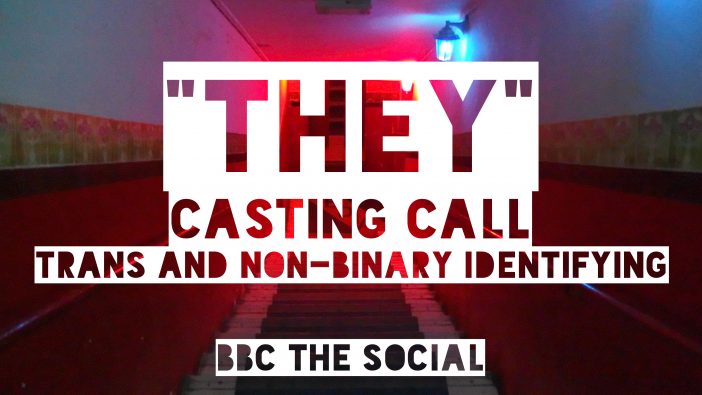 BBC The Social are looking for actors to star in an exciting new web series entitled “THEY”.

The 6 webisode series follows the story of Steph, a trans woman, and Cam who identifies as non-binary as they are thrust into each other’s orbits through their shared role as cloakroom attendants.

If successful, you must also be free for filming on dates 5th – 9th September 2016 in Glasgow.
There will be an associated fee for the roles.
As this is a series about the Scottish trans community, you must be either Scottish or resident in Scotland.

This is a series about the trans* community – only trans actors need apply, thanks!

Please send your CV (if you have one) and a short email about why you would like to play the role to Asten on email:
asten ‘at’ sqiff.org