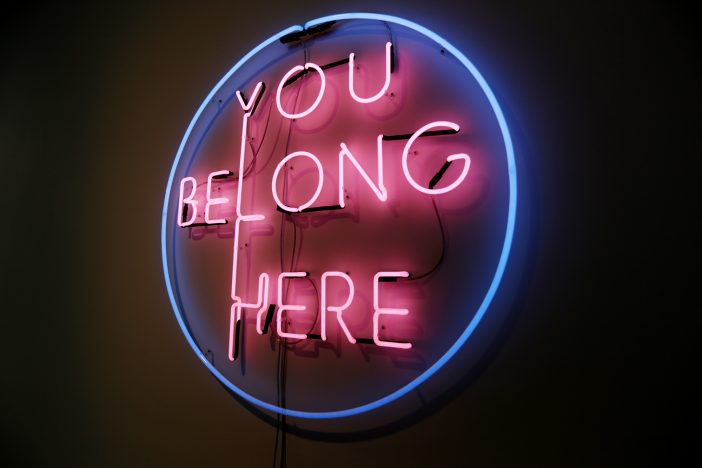 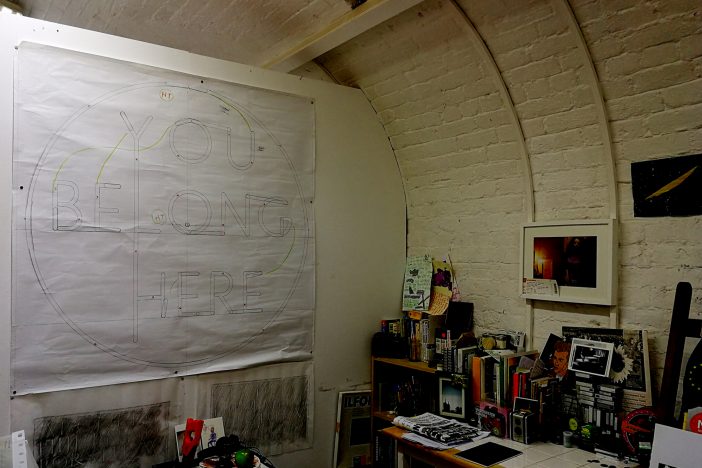 The YOU BELONG HERE project started in the form of a participatory project, allowing Asten to explore core themes in their work whilst hopefully developing the confidence and strengthening the young queer community of Hampshire. Asten was commissioned by the John Hansard Gallery during May 2017 to design a participatory project with Breakout Youth, an LGBTQ youth charity. Asten worked with many of their youth groups including Southampton, Eastleigh, Basingstoke, Andover, Isle of Wight, Romsey, Hythe and the Southampton Gender identity group from May 2017 to August 2018, and developed a strong bond with the groups. Asten used John Hansard Gallery’s exhibitions as starting points, and then brought in ideas of queer theory about queer futurity, drawing on work by Lee Edelman, José Esteban Muñoz and Sara Ahmed, to help the group talk creatively about ideas of belonging and identity. The groups were then encouraged to create a physical object to represent their findings, almost in the form of a conclusion to the project. The first stage resulted in the ‘YOU BELONG HERE’ badge. The second stage was funded by Tate via Artists Rooms, when John Hansard Gallery exhibited Gerhard Richter. Continuing development resulted in the ‘YOU BELONG HERE’ neon sign, which is now in the foyer of John Hansard Gallery, and stands as their first permanent commission in the new building on Guildhall Square. There was a ‘switch on’ celebration of the sign, where two young people from the groups stood in front of the crowd and delivered speeches.

This is on the plaque in John Hansard Gallery:
The YOU BELONG HERE neon sign is a beacon, reminding each person that they are welcome and belong in this space.

Taking inspiration from John Hansard Gallery exhibitions A Good Neighbour (2017) and ARTIST ROOMS: Gerhard Richter (2018), participants from Breakout Youth explored themes of identity, community, and belonging with a specific focus on how it feels to experience the future as a young LGBTQI+ person.

YOU BELONG HERE neon sign is the result of a collaborative participatory art endeavour, in collaboration with Breakout Youth LGBT Support Charity, artist Asten Holmes-Elliott and John Hansard Gallery. Breakout Youth was set up in Southampton in 1993 in response to the dangers faced by LGBT youth at that time, and is now housed by No Limits, a Hampshire based charity.

The beacon was officially opened on 15th August 2018. This event marked the evolution of the YOU BELONG HERE PROJECT into its next phase – the launch of LGBT FUTURE MONTH.